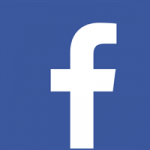 It’s been a busy couple of weeks in the social media world – we’ve got the latest roundup to help you stay up-to-speed with all the news you need to know.

It's hard to believe that it's already the first Friday in November. Time is flying here at Gremln as we get deeper and deeper into our private beta tests. With all the work we've been doing on the system, we don't always remember to check in on what's going on in the world, so if you're like us, here are some of the week's social media headlines you may have missed:

Google Gets Dizzy
Google went viral yesterday when the public discovered that typing "do a barrel roll" into the search box triggered a nifty surprise. But that's not the only fun extra the search giant has in store... (via Mashable)

Groupon Goes Public
The king of daily deal sites finally launched its IPO, after a long and rocky road to semi-stabilization. Anyone out there itching to buy a piece? (via CNN)