Governance and Control in Social Media (An ABA Research Study) 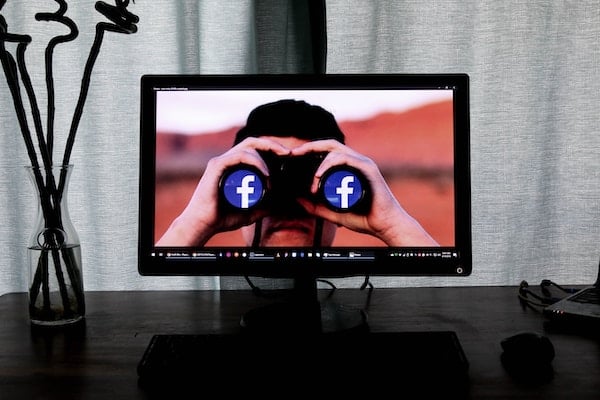 To find out how banks are now managing social media—what they’re doing right and what obstacles still persist—the American Bankers Association surveyed more than 430 banks of all sizes. The 2019 report, The State of Social Media in Banking, provides a detailed status on where banks stand on social—and what’s changed in recent years. Here we take a look at how banks are approaching social media and compliance.

In the early days of social media, banks definitely worried about participating in such an open forum. Among their concerns:

“It’s completely allowed—there are no prohibitions against that,” DePierro adds. “But the moment you step away from a primary bank portal and unified voice of bank-approved content, and allow individual employees to engage on their own social media channels, that becomes more complex. Those employees need to be educated and sophisticated around social media—its potential vulnerabilities, rules and threats.”

Banks are well aware that regulators are watching social media with a jaundiced eye. In the ABA survey, 68 percent said their bank’s use of social media was reviewed in their last regulatory exam. Specifically, regulators looked at policies and procedures (90 percent), monitoring (78 percent), use of the FDIC logo (61 percent) and employee training (44 percent). The bankers we talked to had no concerns. “Regulators are becoming more aware about social media,” said Michelle Barone-Lepore, SVP at Rhinebeck Bank in upstate New York. “As long as you have strong procedures of your marketing approval process, you advertise cautiously and you make sure you are complying with banking regulations, you should be able to mitigate most risks associated with social media advertising.”

Joann Marsili, SVP at Fidelity Bank in northeastern Pennsylvania, notes that her experience with Fidelity’s last exam was the same. “They were pleased to see that we had a tool to control, a tool to approve, that we had a very specific and well-thought-out procedure to be able to use social media. They were happy that the whole bank took social media training.”

She adds: “Don’t let compliance wag the dog. Don’t be one of the banks that are not on social media because their compliance officers are afraid of risk. The reality is you have to communicate with your customers—and that’s where your customers are today. You’re not in the business of mitigating all risk, you’re in the business of mitigating some risk. You have to be there.”

“I’m excited about the opportunity to deepen relationships with clients and prospects in the social media space, but doing so also opens us up to other potential risks,” says Paul Lewis, CMO at Commerce Trust Company in St. Louis, Missouri. “That’s true for any organization that is active in social media, but more so in our regulated industry. We can’t have people talking about things they shouldn’t be. For example, a portfolio manager can’t be talking about preferred companies or recommended stocks, whether speaking on behalf of the brand or not. Anyone who can be identified as an employee of the bank is representing our brand, no matter where they are, no matter what they’re saying or doing, so with that comes reputational risk. That part of it I lose a little bit of sleep over. I make sure our folks understand the roles and the risk of being out there on social media—personally and professionally.”

Who can post on social media on behalf of the bank?

More than one-third of respondents in our survey (35 percent) said client-facing employees (such as personal bankers, loan officers and financial advisors) are not allowed to use social media for an online business presence, such as on Facebook or LinkedIn. Another 25 percent said employees can post, but the rules are unclear, while 27 percent said employees are encouraged to post, and the bank provides social media training to them.

There is more restriction on client-facing employees posting content for business purposes on their personal social media accounts—45 percent of banks say no to that. Another 23 percent allow employees to publish content but are not sure of the best way to manage it, while 21 percent of respondents said their banks encourage employees to post bank-related content on their personal pages, profiles and feeds—and they provide training for this. It is noteworthy that support for employees as voices of the bank spiked 13 percentage points in two years. In 2016, 58 percent of banks said no to bank-related content on personal social media accounts.

“There are banks pushing out the bank-approved content and allowing individual employees to post on their personal pages, and that can be incredibly useful,” says DePierro. “Use employees to amplify your message. In some instances, such as a natural disaster or fraud incident, we’ve seen banks push out informational messages very quickly and easily through their employees. ‘Due to this weather event, these branches are closed and these other branches that are not affected by the event are offering extended hours.’ Social media is incredibly valuable for that kind of immediate messaging.”

At Fidelity bank, most content is generated by the marketing team, who are the only ones allowed to post. Marsili hopes to modify that. “We’ve been trying to coordinate digital ambassadors—people within our branch networks who could post on behalf of their local markets. We’ve struggled with that. We would be able to monitor and manage that activity through the Gremlin tool, so nothing would get out without our approval. The struggle we’ve had is just the branch bankers, universal bankers having enough time in their day to do that.”

“Our policy restricts employees from speaking on behalf of the bank with posts on their personal pages,” said Emily Mays, VP at Community Spirit Bank in Red Bay, Alabama. “But they are encouraged to share the bank’s posts and add an encouraging top comment, or posting when they’re out in the community on behalf of the bank, such as attending a grand opening or ribbon-cutting. Thankfully we haven’t had anybody saying anything inappropriate. That day may come and that policy will change. Everyone who shares on social media knows how we sound, so they’re aware.”

“Many banks are on social; they’re just really struggling with how to get organized in a way that will deliver the results they’re looking for,” says Doug Wilber, CEO of Gremlin Social. “The best way to really deliver on social is to harness the collective power of your employees.”

The concept resonated with Natalie Bartholomew, VP at Grove, Oklahoma-based Grand Savings Bank, which has diverse and widespread locations. “We have three locations in Oklahoma, nine in Arkansas, some in rural areas, some in more metropolitan areas. Those markets all look very different, what works there is very different. So being able to get good content from every market was a challenge for me personally.”

Bartholomew created the Grand Ambassador program to have designated, trained employees serve as the bank’s eyes and ears at the market level. They develop content, such as photos of the team at a local event, and send it for approval and posting. “Grand Ambassadors get quarterly incentives and biannual reviews, so we know if we need to provide coaching. From tellers and CSRs to managers, this expanded role empowers them and builds brand buy-in.

“I probably break the mold here and will freak out a lot of people with this, but our motto is that people bank with people. There’s really nothing sexy about banking, let’s be honest. At the end of the day, with a community bank, people are banking with us because of the people we have with us. By giving them the Grand Ambassadors and officers—we’ve done personal brand training with them as well—we just tell them keep it simple, and if you go and represent the bank at an event, post a picture of yourself at the event, do our hashtag #LifeIsGrand, and that’s great.”

Don’t underestimate the morale-boosting effect of being a brand ambassador, said Wilber. “There’s a whole halo effect with employee satisfaction. Employees who are able to publicly represent the brand feel more valued at work. It becomes a tool for employee advocacy, retention and recruitment. If I’m a mortgage loan officer and looking to either stay with my present bank or switch to another bank, the bank that provides me with more tools and more ability to connect with customers—and ultimately close more loan volume – that’s where I’m going to go.”

The State of Social Media in Banking 2019