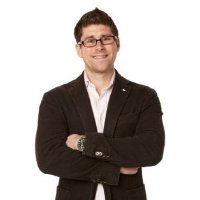 Just as every superhero has a unique background, every social media platform has an origin story.

Mark Zuckerberg built Facebook as a connection tool for college students, Jack Dorsey envisioned Twitter as a “microblogging” mecca, and Reid Hoffman established LinkedIn as a vessel for spinning professional networks. So it makes sense, then, why LinkedIn is the go-to social tool of 40 million business decision makers: It was created specifically for them to connect with customers and gain exposure among top talent.

When it comes to social media for banks, LinkedIn offers ample opportunity — you just need to know how to capitalize on it. Here are four ways banking leaders can succeed on LinkedIn.

Think of LinkedIn like a digital extension of an industry trade show or networking event. Just as you wouldn’t approach individuals at in-person events without something to say, don’t join a group or accept requests without plans to engage. This will require some work, but trust us when we say it’s worth it.

When you actively engage on LinkedIn, you’re more likely to produce demonstrable return on investment because people visit the site specifically looking for professional information and connections. Of the 560 million users on LinkedIn, 100 million are active on a monthly basis, meaning they sign in, post, and interact with others often. Furthermore, 44 percent of B2B marketers say they’ve generated leads on LinkedIn — compared to 39 percent on Facebook and 30 percent on Twitter.

LinkedIn is about sharing knowledge, not pushing your business offerings. Some LinkedIn groups take this sharing mentality very seriously and remove members who blatantly promote products or try to sell their services. That being said, there are certainly ways to promote your bank without coming across as a used car salesman.

For example, let’s say your bank is running a monthlong promotion on 529 plans. Rather than publish a flippant post about the deal, write a piece of content educating individuals on the benefits of 529 plans as education savings vehicles. End the post with a relevant call to action, prompting readers to direct message you with any questions. You can even offer to grab coffee with those who want more information. By taking this approach, you’re positioning your bank as an educational resource rather than a money-hungry business.

GIFs and memes might perform well on Twitter and Facebook, but it’s best to tailor your imagery to LinkedIn’s professional audience. For instance, an infographic on the state of student loan debt in the United States is a great piece of educational content to share on LinkedIn. Accompany it with a short-form article that dives into the finer points of the graphic and spurs discussion.

Even if you don’t have a full-blown infographic, make sure you’re including images with your LinkedIn articles. LinkedIn can accommodate large photo files (744 x 400 pixels is suggested for blog post images), so go as large as you can to create a positive visual experience. One analysis found that including eight images in LinkedIn articles resulted in a higher number of shares, likes, comments, and views. It’s important to note that videos don’t have the same effect. In fact, the same analysis found that including multimedia assets like videos resulted in fewer views.

4. Get your posts queued up.

According to data from HubSpot, businesses should schedule their LinkedIn posts between Tuesday and Thursday, ideally at times when people have the most “me” time to browse their social feeds. Usually, that means during the morning commute, lunch break, or early evening hours. However, it’s also important to remember that it’s not a one-size-fits-all schedule

Activity on LinkedIn will peak based on your audience’s daily routines and time zones. Use Google Analytics to analyze when your audience members are most active and adjust your social strategy to meet them where they are. In general, experiment with posting before your followers lock into their daily grinds and when their workdays start to wind down.

LinkedIn is a natural fit for businesses in all industries — finance included — because it was built with them in mind. Ultimately, LinkedIn is about building real-world connections. Even though it’s a social media platform, there are very human elements and routines driving it, not to mention actual humans using it. Keep that in mind, and you’ll open a lot of new doors on LinkedIn. 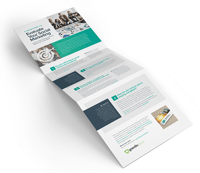 Enjoy this article? You may also like "4 Questions to Evaluate Your Social Marketing."