Mortgage lenders have been required to provide two different disclosure forms to borrowers under the Truth in Lending Act (TILA) and Real Estate Settlement Procedures Act (RESPA) since the early 1970’s. However, inconsistencies in wording and content prompted a revision of the forms, and the Consumer Financial Protection Bureau (CFPB) began that process in July of 2012. In November of 2013, they issued their final rule, integrating TILA and RESPA disclosures.

The new forms are designed to assist consumers with understanding features, costs, and risks associated with the mortgage transaction. The new TRID rule includes a description of how the new forms should be used, as well as other amendments governing technology, vendors, staff training, and – believe it or not – social media use. The deadline for compliance with the new rule was originally August 1, but the CFPB recently announced a grace period for enforcement to last until the end of 2015 and has pushed back the deadline for compliance to October 1.

What is the TILA-RESPA rule about?

According to the CFPB Compliance Guide, the rule covers two forms that are required for disclosure during the loan process: a Loan Estimate form, and a Closing Disclosure form. The rule covers most consumer credit property transactions, with the exception of HELOC’S, reverse mortgages, or mortgages for mobile homes or other dwellings not attached to land. Creditors can still use the new integrated disclosures for loans not covered by TILA-RESPA, but not in lieu of GFE, HUD-1, and Truth in Lending forms for transactions that require those disclosures.

What is the Loan Estimate Disclosure?

For loans (excluding reverse mortgages), the loan estimate disclosure integrates and replaces the current RESPA GFE and the TIL. This form should be delivered to the consumer within 3 business days of the loan application. The form must provide, in writing, an estimate of costs and terms.

Furthermore, creditors are only allowed to revise or correct a Loan Estimate under certain conditions; for example, when changes would result in increased charges. Other circumstances include:

What information does the form include?

Lenders are required to include the following disclosures:

What is the Closing Disclosure?

For loans that proceed to closing, lenders must provide a final disclosure outlining the final terms of the transaction.  The CFPB states that “this form integrates and replaces the current HUD-1 and TIL forms for these transactions.”

The CD must also be in writing, and must be received by the consumer three business days before consummation of the transaction; consummation being the point where the consumer is contractually bound to the loan, not to the seller of the house or property.

What information does the form include?
Creditors are required to include the following in the CD:

What are the requirements?

Record Retention
Both Creditor and owner must maintain the Closing Disclosure for 5 years. Records can be maintained electronically or by any method that can reproduce the records accurately.

Restriction of Activities Prior to Deadline

Regardless of an application being received on or after the deadline, the new rule requires restriction of certain activities, including:

Other Processes That May Be Affected

The new rule not only affects disclosure paperwork, but also certain business process, operational, and technological aspects of your business model. An audit of your hardware and software may be necessary, along with the technology used by your agents or other partners, including third-party service providers. In order to ensure compliance with the new rule, especially in relation to origination, processing, closing and post-closing, these implementation issues should be addressed during the TILA-RESPA transition.

One specific area that could be affected is social media use in the application process. Even if social media isn’t currently part of your loan process, there are several use cases, including: 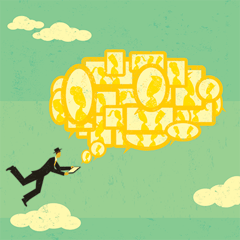 Asking for financial information for the purpose of extending credit is still considered an application under TRID, and so the 3-day disclosure deadline would apply.

According to Veri-Tax, TRID compliance will have to meet 4 criteria:

It is recommended, therefore, that lenders employ technology to automate processes related to gathering data, computing the LE, timely and trackable delivery of the LE, and communication among the various parties. The technology should also be compatible with the Mortgage Industry Standards Maintenance Organization (MISMO), version 3.3, and the Uniform Closing Dataset (UCD), where possible. Lenders should also work with title companies, closing agents, and settlement providers to make sure the proper software is in place to handle the changes.

The new rule shifts the burden of compliance responsibility to lenders, so it is critical to assess your vendor’s TRID readiness. Do a background check, and ask for proof of compliance with the CFPB’s new rules. Title companies should be prepared to hand over a copy of their ALTA Best Practices Certification (Source: NextTitle).

Be prepared to train your loan officers, processors, closing, compliance, and quality control staff, along with anyone else who is part of the loan origination process. In addition, consider holding a general session for everyone in the organization to ensure their basic knowledge of the new rule and processes. Don’t forget to revisit any social media training previously provided, including any relevant TRID updates.

The original deadline for TRID implementation was August 1, but the CPFB has announced a grace period for enforcement. Though many large lenders have been working on TRID changes for two years, there was concern that failure to comply in time would disrupt the mortgage lending industry, and possibly result in a shut down.

In response to a bi-partisan push to relax the August 1, 2015 deadline for enforcement of TRID[1], Consumer Financial Protection Bureau (CFPB) Director Richard Cordray sent a letter to Congress announcing a grace period for enforcement of TRID Regulations. Compliance with TRID is non-trivial and many lenders have been dedicating significant resources to meeting the August 1 deadline, concerned that the risk of failure to become fully compliant would mean a shut-down. Many lenders expressed concern that an inability to comply in time would disrupt the mortgage lending market. More than 300 lawmakers from both parties got behind a push to ease the deadline.

Citing a desire for “smooth and successful implementation of the Rule” in addition to “considerable input” from interested parties, including the National Association of Realtors® (NAR), Cordray stated that the CFPB “will be sensitive to the progress made by those entities that have squarely focused on making good-faith efforts to come into compliance with the Rule on time.”

Though Cordray did not initially state a definite end of the grace period in his letter to Congress, he recently announced a new deadline of October 1. “We made this decision to correct an administrative error that we just discovered in meeting the requirements under federal law, which would have delayed the effective date of the rule by two weeks,” Cordray said. “We further believe that the additional time included in the proposed effective date would better accommodate the interests of the many consumers and providers whose families will be busy with the transition to the new school year at that time.”

The CFPB has indicated that there will be an enforcement "grace period" and indirectly suggested that this grace period will last until the end of 2015. The grace period will apply to any lender that is making good faith efforts to comply with the TRID requirements. However, the duration of the grace period was not addressed directly by the CFPB Chairman, rather, it was shared with the president of the Mortage Bankers Association, David Stevens to be shared with the lender community. This has the effect of potentially leaving the CFPB free to enforce during 2015.

[1] TRID is the TILA, RESPA Integrated Disclosure Act. The Truth in Lending Act (TILA) and the Real Estate Settlement Procedures Act (RESPA) are two compliance requirements for mortgage lenders that are combined for an implementation date in TRID.