Facebook, and Heartbleed, and Compliance, Oh My! 2014 In Review

It’s December, which means it’s time for the obligatory year in review post! What a year it has been. From Facebook’s seemingly constant newsfeed changes to the financial industry attempting to make its peace with social media through new compliance regulations, it has been an exciting time in digital marketing. Here are our picks for what was hot and happening in 2014:

The Facebook newsfeed algorithm changed again. And again. And yet again. And one more time. Whoops – it changed again. Starting in January of 2014, Facebook announced it would be adjusting its algorithm to add more weight to high quality news stories, and less on viral, meme-based posts. The social media company initially admitted this would cause some loss of organic reach, but compensated by offering higher click-through rate on posts. But as the year progressed, and brands organic reach began to dwindle, the message became clear to businesses and marketers - pay-to-play. Facebook advertising, it seemed, would be the only way to reach your audience.  And as of January 2015, Facebook is upping the algorithm ante by cracking down even more on posts that push people to act, including:

In addition, users now have the option to filter what they see on their newsfeeds, whether it is to unfollow a page completely, or see less from that page.

The silver lining to this sordid tale of social media woe, is that Facebook has also introduced some new, user-friendly features this year, including:

A fairly decent consolation prize Facebook will offer newsfeed weary brands is the addition of Call to Action buttons. Page admins will have 7 options to choose from, including:

The Call to Action button feature is currently rolling out in the US, and will be available worldwide after the New Year. 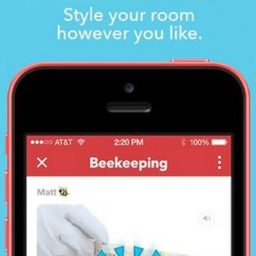 Harkening back to the days of private chat rooms and web communities, Rooms is a new app designed to provide users with a place to talk about common interests, but only with people you have specifically invited to join. A “room” is similar to your Facebook newsfeed with images, text, and videos, with topics picked by the room owner. You can also customize your room by adding a cover photo, changing the color scheme, or the look of your ‘like’ button.

The interesting thing about Rooms is that it speaks to the recent ‘real name’ privacy issue that had more than a few people upset, particularly performers who use pseudonyms on their Facebook profiles. Pseudonyms are allowed (and in some cases, encouraged) in Rooms: “We want the rooms you create to be freeing…..from unique obsessions and unconventional hobbies, to personal finance and health-related issues – you can celebrate the sides of yourself that you don’t always show to your friends.” The Rooms iPhone app is available for download in the App Store.

In the event of a natural disaster, Facebook now has a tool to let your friends and family know you are safe. If activated, safety check uses your current location to determine proximity to the affected area. If you’re okay, tap the “I’m Safe” button to let people know all is well. You can also check the status of other friends who may be affected by the situation.

For more on what’s new in social media, read our update here.

Regulated industries made great strides this past year in removing the social media shackles from financial services and healthcare organizations by updating and creating guidance designed to maintain compliance standards. Here are some of the highlights: 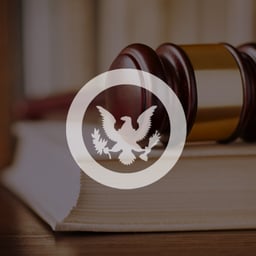 In April 2014, The Securities Exchange Commission (SEC) updated its regulatory guidelines providing clarification on its policies regarding testimonials and advertisements. The original guidance prohibited financial advisors from promoting “testimonials of any kind concerning the investment adviser or concerning any advice, analysis, report, or other service rendered by such investment adviser.” However, the new guidance provides exceptions to the testimonial rule for review sites such as yelp. Read our breakdown of the SEC’s guidance here.

On Monday, April 7, a new vulnerability in OpenSSL version 1.0.1 called “Heartbleed” was announced.  A security advisory was issued that detailed this serious vulnerability in the encryption software in use by a large percentage of the internet. Nicknamed “Heartbleed,” it potentially allows attackers to retrieve information from encrypted SSL endpoints. Read our take on the Heartbleed bug.

In September, the Shellshock bug attacked the BASH software of financial institutions. This malicious code made affected companies vulnerable to hackers wishing to gain control over the targeted systems. The FFIEC issued a warning, urging financial institutions to move quickly to identify servers and systems that might use the vulnerable software, and to upgrade with the appropriate patches.

2014 was fraught with massive data breaches, including JP Morgan Chase and several big box retailers. An article in the Wall Street Journal reports that financial firms plan to increase cybersecurity budgets by $2 billion over the next two years.

While 2014 was a heart pumping thrill ride of technology, big data breaches, and  regulatory review, 2015 looks to be even more exciting, particularly for regulated industries. Now that the compliance piece has been resolved, we predict more focus on strategy, business objectives, and what InformationWeek called “social intelligence.” Rather than simply managing social media, the paradigm will shift toward data and tools that will help business monitor and monetize their social media marketing. Adding a social intelligence tool to your 2015 budget? Schedule a demo! https://www.gremln.com/demo

Read More Articles Like This:
Beyond The Breach: Social Media and Cybersecurity
Update: What's New In Social Media
Understanding the FDA’s Draft Guidance on Social Media