Your employees are often your greatest brand ambassadors. They know and love the company, they’re experienced with your products and/or services, and they probably have a personal network of friends, family and followers who value their opinion. So if they want to talk about your company on their social media channels, we say “Let them!”

But what can you do when employees who are disgruntled or less-than-passionate about their jobs go rogue and lash out on their social channels, or worse – the company’s social channels? 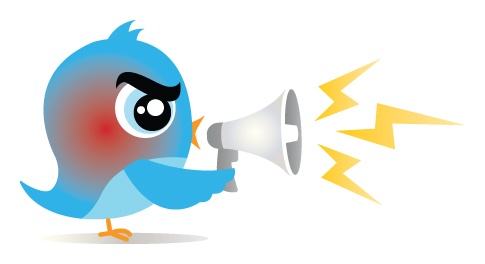 A study by Infosecurity Europe revealed that 41 percent of surveyed IT professionals site rogue employees as the number one security threat. Despite this concern, 30 percent of those same IT professionals admit to not having a policy in place to manage administrator access.

What does “Going Rogue” look like? In some cases, it might mean an employee has taken control of the company’s social media account. Case in point: HMV, a British electronics company. Poppy Rose Cleere, the online marketing and social media planner for HMV, took to the company’s official twitter account to live-tweet the fallout from a massive round of layoffs, using the hashtag #hmvXFactorFiring. Clearly upset, Cleere continued to tweet while the HR department scrambled to change the Twitter password and block her access. 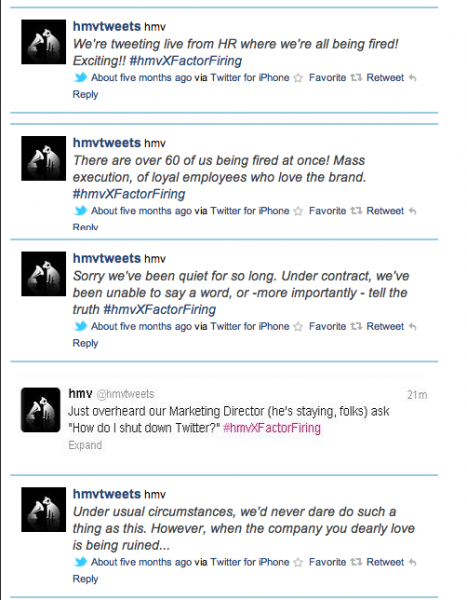 Your Rights vs. Your Employees’ Rights

Taking to the official company social feed is not the only way an employee can negatively impact your brand reputation via social media. Employee rants, inappropriate behavior, or proprietary information shared with the public via social media can damage public perception of your brand and may require termination or legal action.

For example, when Wal-Mart employees videotaped themselves throwing iPads around a storage room, a Taco Bell employee licked a stack of taco shells and posted the evidence to Facebook,  and a brand new Cisco employee complained that while she’ll get a “fatty paycheck” she’ll hate the commute and the work – all were subsequently fired, with good reason.

But when American Medical Response (AMR) of Connecticut Teamster Dawnmarie Souza was fired after complaining about a supervisor via Facebook, calling him a “17” (paramedic code for a psychiatric patient) and conversing in a public online setting with several of her coworkers, the National Labor Relations Bureau (NLRB) stepped in. It found Souza’s social comments to be protected under her National Labor Relations Act (NLRA) rights, and as a result, the AMR reached a settlement with Souza and the NLRB in February 2011.

There’s a fine line between protected freedom of speech and statements or actions worthy of company involvement or termination; it's important to know what your employees are legally allowed to do versus what they’re not.

There are plenty of steps you can take to decrease your company’s reputation risk in these situations. Gremlin Social Guardian provides several avenues to protect your company against angry employees using corporate social media accounts with malicious intent.

Monitoring and filtering employees’ personal social media accounts can be tricky depending on your industry, state legislation, and if your employees use the social accounts for business purposes. You can help your employees better understand how their actions online affect the company and their position within it by having a social media policy in place to outline what’s allowed and what’s not. The NLRB warns companies against making their policies "over broad," so be sure to visit the website for examples of unlawful language, rulings in recent court cases and examples of successful policies.