Twitter #Music: Twitter officially launched Twitter #Music as a way for users to discover new music that’s trending as well as learn what your favorite artists and friends are listening to and tweeting about. Twitter #Music is available as a web version and as an iOS app. The music is pulled in from three sources: iTunes, Rdio, and Spotify.

LinkedIn Contacts: LinkedIn continues to improve its set of tools to help you stay better connected to your business connections. LinkedIn Contacts is the latest feature - it brings your address book, email, and calendar contacts together in one place. You’ll get alerts for job changes and birthdays, making it even easier for you to reach out to your professional connections.

Twitter Advertising: Twitter advertising is now open for all businesses in the United States, from personal brands to major corporations. Twitter advertising will not only allow companies small and large to further leverage their social media marketing to targeted groups, it also allows for an additional revenue stream for Twitter itself.

Pinterest Features: Pinterest continues to fine-tune its feature set based on user recommendations and suggestions. A few of the previously-removed features, such as “See It Now” and “Via” have returned, while the ability to tag other users in comments (using the @ symbol before tying a name) has been added. You can use the new “Find Friends” feature to see which of your Facebook and Twitter contacts are on Pinterest, and take advantage of the new “Suggested Search” feature, which provides suggested keywords.

Facebook Business Pages Mobile Updates: A new layout for Facebook mobile means users will experience a cleaner, more streamlined appearance with the “more relevant” information up front, such as location and photos. You can also access popular interactive features easily, such as "Call", “Like”, and “Share” at the top of the page. Facebook page owners can pin important posts, allowing them to be at the forefront of the mobile view. 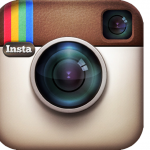 Instagram Photo Tagging: Instagram announced that users will soon be able to tag people and brands in their Instagram photos. This feature will roll out to the public on May 16. Users will be notified when they’ve been tagged in a photo, and that photo will appear in a new “Photos of You” section of your profile. Worried about potential photos being associated with you without your permission? Fret not - you can adjust your privacy settings to require your approval before the photo tag is accepted.

Which of these updates are you most interested in trying? Have you used any of them yet? We'd love to hear from you in the comments!