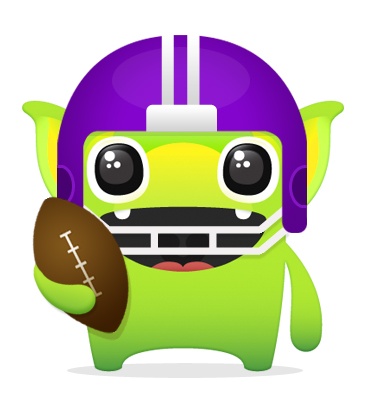 Maybe you’ve heard…but there’s kind of a big game coming up. A game so super big it garners the attention of more than 111 million people and generates close to $4 million per 30 second spot in advertising sales. Maybe in the past your engagement with the Super Bowl has been relegated to yelling at the TV despite full knowledge that the players, coaches, and refs cannot hear you – and stuffing yourself with party snacks. But major brands like Target and Coca-Cola are hoping you’ll put down the chicken wing, grab your computer, smartphone, or tablet, and get in on the fun with some second screen interaction.

Social gaming continues to play a part in the marketing landscape, offering an added layer to the experience – much like that sour cream in your seven-layer-dip. eMarketer reports that by 2014, more than 50% of social network users will play social games, so it’s no surprise that big name brands want to get in on the action and create a game that also promotes their product. And what better time to nab people’s attention than during the most-watched television spectacle of the year?

In an attempt to take advantage of this day of multifaceted entertainment, Coca-Cola is supplementing its advertising dollars with yet another way to get fans to move from recognizing the brand to actually interacting with the brand. The “Coke Chase” is modeled after a “choose your own adventure” format, and asks viewers to vote for who they’d like to see win the chase (which will continue throughout the Super Bowl). Fans can participate through all of Coca-Cola’s social channels and the winning team will revel in its glory with a special post-game commercial.

Target is taking a slightly different approach. Rather than augmenting a multi-million dollar ad spend, Target is betting the farm, so to speak, and producing just the social game, which involves tossing snacks to cartoon football players charging across your screen. Users are directed to the game via Target's mobile site, its mobile apps, and mobile advertising. Not only does it promote Target’s brand awareness, it reminds players of some popular snack brands to pick up for their Super Bowl parties.