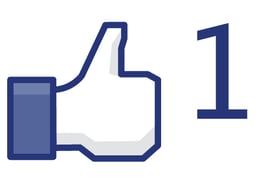 In the grand tradition of simplification, I like to say that there are two kinds of Facebook fans. The first type is the Engager. The Engager, as the name oh-so-cleverly implies, engages. He “likes” the photos he likes, he comments on links that interest him, and he “shares” the updates that need to be shared. He’s the Facebook user we dream of filling our fan pages with, because his love of interaction drives our success metrics through the roof.

But there’s a second type of Facebook user; the Watcher. The Watcher is a little stealthier in his social network usage. He doesn’t “like” many photos, he rarely comments, and he never, ever “shares” a company’s update. In fact, if you didn’t know any better, you’d think the Watcher wound up on your page one day by mistake, hit the “like” button by accident, and never logged into Facebook again, so complete is his inactivity. But the fact is, some people just like to receive information, and they don’t feel the need to comment or like or share or in any way actively engage with your posts. They’re simply content to watch. But just because Watchers don’t interact with your posts, it doesn’t mean they don’t like your photos, or that they’re not interested in your links, or that they don’t think your updates are worthy of being shared by somebody, and it doesn't mean that your social media strategies aren’t moving them to action. The Watchers are being impacted by your message the same way the Engagers are; they’re just quiet about it.

So while active engagement metrics are great success measurement tools, they can’t always tell the whole story, because even a Facebook post with zero interaction can have a successful impression. Don’t believe me? Go to your next family reunion and see for yourself. I did, a few weeks ago, and was amazed at how up-to-date my extended family is on my life. My aunt raved about the photos of my new house. My uncle’s wife’s brother told me he was jealous that I’m seeing Steve Martin in concert this month. My second cousin asked how I liked The Avengers the second time around. And all the while, I thought, “How on Earth do you people know about these things?”

The answer, of course, is Facebook. The house, the concert, my endless love for Joss Whedon and all things Marvel…it was all on Facebook. But my aunt, my uncle’s wife’s brother, and my second cousin had never commented on any of those posts, or “liked” them, or “shared” them, so it never occurred to me that they might have actually seen them. But not only did they see those posts, but they remembered them. Those posts made strong enough impressions that they brought them up in conversation weeks later. They didn’t engage with the posts actively on Facebook, but they were mentally engaged nonetheless.

This got me thinking about other recent examples of “passive engagement.” Like when I got a new phone and Facebooked a request for lost numbers. The first person to respond was an old friend from grade school I hadn’t heard from, much less called, in years. Or like the time I asked for suggestions about an HBO subscription and received a reply from my older sister’s high school boyfriend. Or more recently, when I bumped into an old college friend on the street in Chicago, and he asked me what I had planned for Gremln’s 365 Days of Fun campaign. Truth be told, I had forgotten I was even Facebook friends with these people, so complete is their collective social media quietness; yet my posts made distinct impressions on each of them.

The same is true for your business. You may not always see the engagement analytics you’re hoping for, but somewhere, on some level, someone is taking note of what you have to say. Don’t get discouraged if the Facebook campaign you spent three months meticulously planning gets less active engagement than you were hoping for. The passive engagement of Watchers may not be easily measurable, but I promise you, it’s there. They may not be commenting on your status updates, but they may well be commenting about you to their friends. Passive engagement may not drive your social network success, but it can have a major, positive impact on traditional word of mouth. So instead of asking yourself what you can do to get more "likes," try asking what you can do to inspire your fans to action, both online and off. If you do it well, you’ll see higher active engagement from your Engagers and you'll see offline results of higher passive engagement from your Watchers.