#CustomerService - The power of social media in customer relationship management 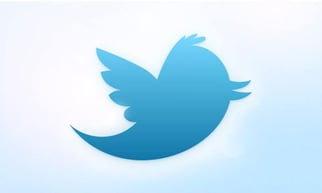 When it comes to managing a business, there are few phrases more daunting than “customer complaint.” Unhappy customers have been known to send entire customer support teams into cold sweats, and for good reason. A company’s customers are its lifeblood. Making them happy should be at the top of the “To Do” list, which is why a good customer support program is imperative. An easy and organized communications system is vital for connecting with and satisfying unhappy customers. The only problem is, customer relationship management software can be a little expensive, and some of them present a learning curve for your customers, which can act as a barrier to efficient (and positive) communications.

If only there were a fast, efficient, and inexpensive customer support solution available to everyone, one that millions of customers were already using and wouldn’t need additional training on in order to connect seamlessly with the company’s issue resolvers...

Believe it or not, Twitter might be the best customer support software out there. If your company has a Twitter account, then millions of people have direct access to your support staff through the popular social network. Customers can tweet their problems at you quickly and easily, and it’s a win-win situation; they don’t have to deal with the frustration of calling and navigating a complex telephone system, and you don’t have to ease your way through needlessly long complaints (thank you, 140-character limit!).

Customers already have strong motivations to use Twitter to voice their complaints. They’re familiar with the program, they’re virtually guaranteed that a company representative will see the complaint, and, perhaps most importantly, the openly social aspect of Twitter means that any negative comment about your company has the opportunity to go viral. Could there possibly be any better incentive for your company to take quick, restorative action?

As a company representative, you’re also undoubtedly aware that a good experience can go viral as quickly as a negative experience, and Twitter gives you the opportunity to address complaints almost instantly. Furthermore, with the help of a program like Gremln, you can also keep a permanent log of issues and assign incoming complaints to the customer support team member that’s best equipped to resolve the issue.

Yep, Twitter is a pretty outstanding CRM tool. So why aren’t more companies taking advantage of it?

Late last year, Maritz Research released a study about consumer expectations when it comes to Twitter complaints being addressed. The study found that only 30% of companies actually respond to complaints directed toward them via Twitter. That means 70% of businesses out there are either unaware of or uninterested in their customers’ negative tweets, despite the fact that approximately 50% of people who complain on Twitter expect some sort of response. Add to that the fact that out of all the research subjects who did receive a Twitter response from a company, a whopping 74.4% of them reported being satisfied with the response. 3 out of every 4 issues were solved with a quick Twitter reply, a reply that cost the company zero extra dollars and, in all likelihood, less than one minute of a customer service representative’s time.

So I ask again; why aren’t more companies taking advantage of Twitter?

My guess is, many business managers just haven’t put in the time to examine the value of customer service tweets. The fact that there is value seems pretty indisputable, both because of research studies like Martiz’s, and because when it comes to customer service, you need to be in a good position to listen to your customers, no matter how or where they’re sharing their feedback. Even if only 5% of tweeters expected a response, and if only 1 out of every 100 tweet responses resulted in customer satisfaction, there would be value. Customer input is priceless, and because Twitter makes it so easy for customers to express it, we should all be keeping our ear to the social network rail. Combine that with the fact that Twitter is both cheap and easy to use (not to mention apparently quite successful as a customer satisfaction tool), and it’s surprising that 70% of companies are wasting such a significant customer service opportunity.

Do you know any business managers in the 70%? Share this blog with them, or direct them to the results of the Martiz study, which you can find here and here. Let's expand that 30% in 2012! Together, we can save customer service!